The Redwood National and State Parks are located in North California, in the upper coastal area. ... Because there is no specific entrance stations on the way to Travel Guide for Northern California's Redwood Forests Page 9 Chapter 3: ... 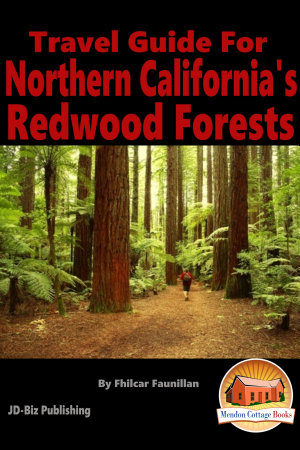 Table of Contents Chapter 1: The Redwoods Chapter 2: An Overview Chapter 3: Getting There Chapter 4: Where To Find Redwoods Chapter 5: Other Things to Do 1. Explore the Howland Hill Road 2. Enjoy the Enderts Beach and the Crescent Beach Overlook 3. Head to the Klamath River Overlook 4. Discover the Coastal Drive 5. Enjoy the Newton B. Drury Scenic Parkway 6. Discover the mystery of Davison Road 7. Drop by the Kuchel Visitor Center Chapter 6: Where to Stay Conclusion Author Bio Publisher The Redwoods Northern California’s Redwoods is known for its sky-rising forests which are entirely unique to California. These forests draw visitors from all over the world to witness the towering giants in the vast wilderness. These mesmerizing landscapes and old forests which display truly exceptional characteristics are composed of both sequoias and redwoods which fascinatingly soar up to the skies. These trees have been used and referred to interchangeably by many. However, these two are largely different and make up the notable tree species. Distinct to the northern lands in California, these tree types share that unique brownish red bark as well as the tendency to grow to greater heights. More so, these trees vary in climate requirements in order to thrive. The giant or coastal redwoods (sequoia sempervirens) are distinct from its relative tree which is the giant sequoia (sequoiadendron giganteum) basically because of its environmental requirements. As the name suggests, the giant coastal redwoods survive in moist or humid climates because it is where the marine fog delivers the necessary climate to enable its growth. The fog is the source of moisture to the soil which also helps trap it, thus lowering evaporation rates. The giant or coastal redwoods usually outgrow their relatives and may stand up to 378 feet in height. On the other hand, the giant sequoias survive in the higher elevation locations compared to the giant redwoods. They grow naturally along the slopes of the Sierra Nevada's, most of which stands at 5,000 – 7,000 feet elevation. The giant sequoias also need periodic heat so that their cones open and produce seeds. These trees still grow to imposing heights of 311 feet but are relatively shorter than their coastal counterparts. But although the giant sequoias lack in height, they still make up for their wider size which considerably outweighs the giant redwoods. Because of its sheer volume, it is the giant sequoias that hold title to being the largest tree in the world. The General Sherman, which is known for being the most gigantic of all sequoias, weighs in at an astounding 2.7 million pounds and stands supreme at around 275 feet from the base which was also measured at 100 feet wide. The General Sherman is not only known as the largest tree but it has also been named as the largest living organism of the earth. The people know about the Redwoods as the home to the tallest trees in the world. But apart from housing the giant trees, Redwood parks, and forests still cover and protect large prairies, gushing river ways, oak woodlands and a long 40-mile stretch of primeval coastline, making up an abundantly rich wildlife environment characterized by great diversity. These natural beauties serve not only as a source of enjoyment, but also of inspiration and education to the people. 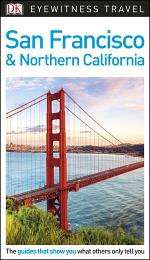 Authors: DK Travel
Categories: Travel
The ideal travel companion, full of insider advice on what to see and do, plus detailed itineraries and comprehensive maps for exploring San Francisco and Northern California. Cycle over Golden Gate Bridge, catch a ferry out to the infamous prison on Alcatraz Island or head out to Napa Wine Country 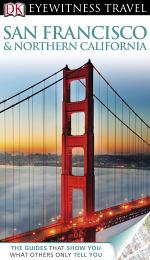 Authors: Lonely Planet, Sara Benson, Alison Bing, Celeste Brash, Tienlon Ho, Beth Kohn, John A Vlahides
Categories: Travel
Lonely Planet: The world's leading travel guide publisher Lonely Planet Northern California is your passport to the most relevant, up-to-date advice on what to see and skip, and what hidden discoveries await you. Take in the culture of San Francisco, get up close and personal with the world's tallest trees, 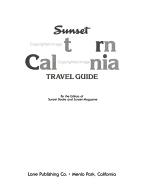 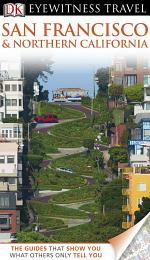 Authors: Annelise Sorensen
Categories: Travel
The uniquely visual DK Eyewitness Travel Guide San Francisco & Northern California is your indispensible guide to this exciting region. This fully updated guide includes unique cutaways, floorplans and reconstructions of all the must-see sites, plus street-by-street maps of all the major cities and towns. It's also packed with photographs