irrespective of who the father was – accounts for Katherine's secret meetings with Culpeper. With this political and cultural context in mind, it will be argued that the prevailing modern notion of Katherine Howard as an immoral young ... 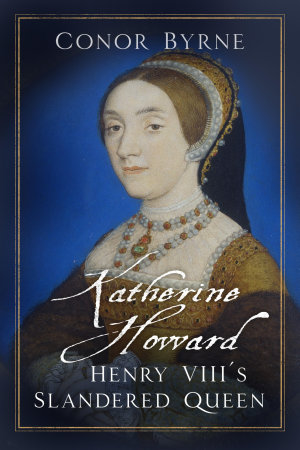 Over the years Katherine Howard, Henry VIII’s fifth wife, has been slandered as a ‘juvenile delinquent’, ‘empty-headed wanton’ and ‘natural born tart’, who engaged in promiscuous liaisons prior to her marriage and committed adultery after. Though she was bright, charming and beautiful, her actions in a climate of distrust and fear of female sexuality led to her ruin in 1542 after less than two years as queen. In this in-depth biography, Conor Byrne uses the results of six years of research to challenge these assumptions, arguing that Katherine’s notorious reputation is unfounded and redeeming her as Henry VIII’s most defamed queen. He offers new insights into her activities and behaviour as consort, as well as the nature of her relationships with Manox, Dereham and Culpeper, looking at her representations in media and how they have skewed popular opinion. Who was the real Katherine Howard and has society been wrong to judge her so harshly for the past 500 years?