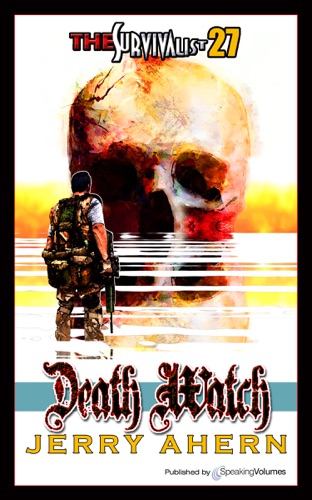 IF CIVILIZATION WERE DESTROYED TODAY—WOULD JOHN THOMAS ROURKE BE ABLE TO SURVIVE...?

The lucky died fast. Millions suffered unspeakable agonies as a tide of toxic death rolled across America's once majestic land. Now, in the years after world war III, the land of the free is struggling for its very survival, facing the crushing onslaught of a powerful enemy's killing machine, in this blasted landscape one man stands forth as the last hero: ex-CIA Covert Operations Officer, weapons specialist, and survivalist, John Thomas Rourke...

Leaving his hospital bed against doctor's orders, John Rourke must do what he can to stop the war and gain control of the world's nuclear arsenal. With the Nazis preparing their final assault on the Trans-Global Alliance and madman Deitrich Zimmer infuriated by the destruction of his cloning facility in the Himalayas, time is running out. Overcoming his wounds, Rourke formulates a daring plan to reach a secretly rebellious Nazi officer who envies Zimmer's power—and to trust this man with the fate of the world. For while war rages, an even greater danger looms: a volcanic vent that is tunneling its way eastward and can only be stopped one way: with the last nuclear warheads on earth!