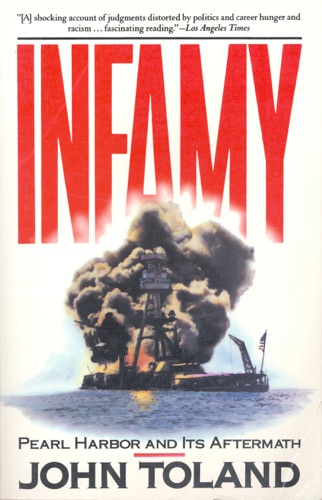 Bestselling author and historian John Toland’s expertise and skill as a narrator were awarded with the Pulitzer Prize for his sweeping Rising Sun. In Infamy, Toland extends and corrects his account of the events leading up to Japan’s attack on Pearl Harbor, addressing persistent questions: Could FDR have engineered a conspiracy to get the US into the War? Did high-level military and civilian leaders lie under oath? Were the wrong men held culpable in order to protect Washington? Accessing formerly secret government, military, and diplomatic records--including the account of the then anonymous and controversial “Seaman Z”—Toland masterfully  reevaluates what we know about this infamous act of aggression against the US.