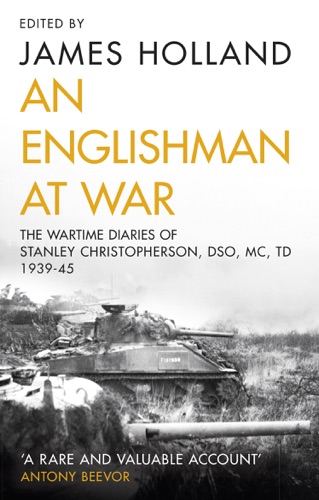 ‘An astonishing record...There is no other wartime diary that can match the scope of these diaries’ James Holland

From the outbreak of war in September 1939 to the smouldering ruins of Berlin in 1945, via Tobruk, El Alamein, D-Day and the crossing of the Rhine, An Englishman at War is a unique first-person account of the Second World War.
Stanley Christopherson’s regiment, the Sherwood Rangers Yeomanry, went to war as amateurs and ended up one of the most experienced, highly trained and most valued armoured units in the British Army.

A junior officer at the beginning of the war, Christopherson became the commanding officer of the regiment soon after the D-Day landings. What he and his regiment witnessed presents a unique overview of one of the most cataclysmic events in world history and gives an extraordinary insight, through tragedy and triumph, into what it felt like to be part of the push for victory.