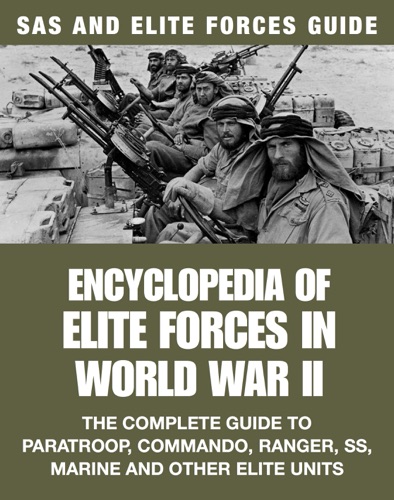 The Second World War saw elite units take a prominent role on the battlefield for the first time. The Encyclopedia of Elite Forces in World War II is a wide-ranging guide to the excellent units on land, sea or in the air whose success was usually hard-won against the odds, and whose actions had an impact on the course of the fighting around them. The best units from both sides of the fighting are represented, as are the two main theatres of war. Arranged by combatant nation, the book covers such famous units as the US Rangers, British SAS and German Waffen-SS, as well as some of the less well-known units like Popski’s Private Army, the LRDG and Merrill’s Marauders. Not all the units featured in the book were officially designated as elite forces – indeed, some of those involved were only ordinary soldiers – but they achieved elite status through their deeds. Illustrated with action photographs, The Encyclopedia of Elite Forces in World War II is a comprehensive guide to the elite forces of both sides during the 1939-45 war. Each entry describes the unit’s strength, date of formation and gives a brief overview of its combat record during the war. Covering all aspects of warfare and both the European and Pacific theatres in World War II, the book will appeal to anyone with an interest in either World War II or elite units at war.