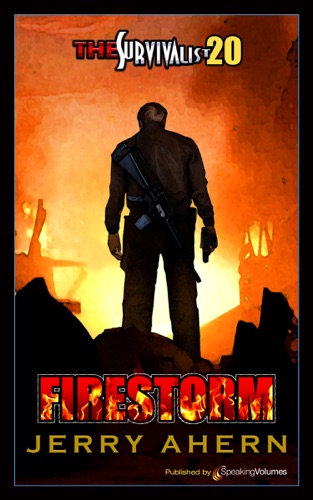 In a world where all the old evil empires have re-emerged can one man survive?

The Rybka M.O.B. holster, secure on the belt in the small of his back held his old Colt Lawman Mk III .357 Magnum revolver. At his right hip, the Smith 629, at his left hip, the LS-X blade. The little Detonics Combat Masters were holstered in the double Alessi shoulder rig, hidden under his battered brown bomber jacket. The big Detonics Scoremasters were in his belt; the Sting 1A Black Chrome tucked away inside his waistband. He slung the M-16 muzzle down, across his back.

Not overkill. Not when the stakes were this high. Not just personal survival but the future of the planet's entire ecosystem.