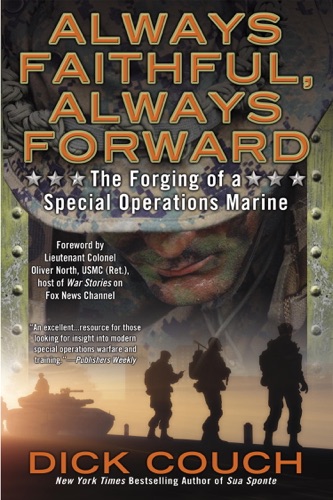 Established in 1986, the U.S. Special Operations Command was set up to bring the special operational disciplines of all branches of the military under a single, unified command to act on missions involving unconventional warfare, special reconnaissance, foreign internal defense, and direct action…

In the years following, Marine forces found themselves growing more agreeable to inter-branch operational command, finally forming the Marine Special Operations Command in 2006. Always Faithful, Always Forward follows the journey of a class of Marine candidates from their recruitment, through assessment and selection, to their qualification as Marines Special Operators.

The assessment, selection, and training regimes are a combination of psychological testing and intense military training as well as being a physical and professional rite of passage. MARSOC Marines must be efficient, agile, independent, and prepared to live hard in the field. They are warriors trained in the full range of military skills, as well as teachers who can train locals to defend their communities and lead them in battle. But above all, they are Marines. Their ability to leverage their numbers by embedding with the locals and to live in remote locations has, in their short history, made them a valuable force and one with great utility in remote reaches of the world.

Retired Navy Captain Dick Couch has been given unprecedented access to this new command and to the individual Marines of this exceptional special-operations unit, allowing him to chronicle the history and development of the Marine Special Operations Command and how they find, recruit, and train their special operators.