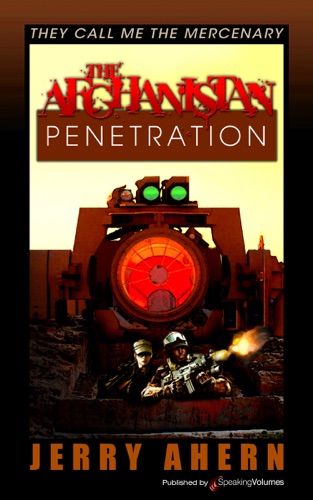 Matt Jenks, one of the Merc's old Army buddies, is missing... behind Soviet lines in Afghanistan. When Hank Frost agrees to go in looking for him, he stumbles onto a U.S. intelligence operation and becomes the sudden target of a KGB hit team.

Jenks wasn't just a volunteer; he was a CIA contract employee, and he had uncovered a Soviet weapon of such frightening potential it could bring the West to its knees. Now, The Company wants Frost to take on his buddy's job!

Bloodbath after bloodbath, firefights with Soviet Alpine troops, and a pathologically violent, excitingly beautiful rebel girl who will kill Frost if she has to in order to get her job done, all bring the one-eyed mere closer to the tightly-secured Soviet base where Jenks is being held and the weapon is being readied for "testing" against Afghan freedom fighters.

A simple rescue is turning into much more than Frost bargained for—and maybe more than he can handle!