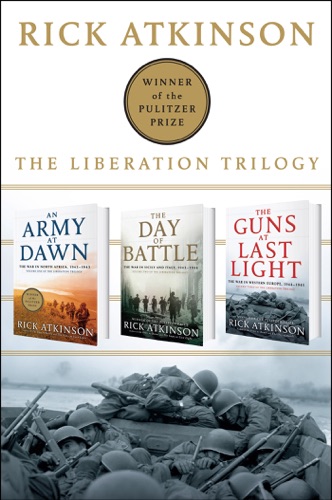 The definitive chronicle of the Allied triumph in Europe during World War II, Rick Atkinson's Liberation Trilogy is now together in one ebook bundle

From the War in North Africa to the Invasion of Normandy, the Liberation Trilogy recounts the hard fought battles that led to Allied victory in World War II. Pulitzer Prize-winning and New York Times bestselling author Rick Atkinson brings great drama and exquisite detail to the retelling of these battles and gives life to a cast of characters, from the Allied leaders to rifleman in combat. His accomplishment is monumental: the Liberation Trilogy is the most vividly told, brilliantly researched World War II narrative to date.