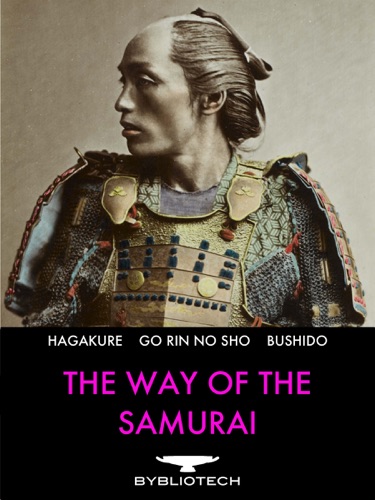 Presented here in one volume are three of the seminal texts relating to the Japanese 'Way of the Samurai', essential reading for anyone interested in the Samurai culture of Japan.

'Go Rin No Sho', or 'The Book of Five Rings' is a famous text written by the swordsman Miyamoto Musashi in 1645, concerning Martial Arts, in particular Kenjitsu and the art of Zen.

Miyamoto Musashi uses language that is as sharp and decisive as his sword - delivering in unfaltering steps the most direct path towards the objective - to cut down your opponent and emerge unscathed and victorious.

'Hagakure' provides a peerless view into the mindset and morality of the Japanese Samurai. Written by the Samurai Yamamoto Tsunetomo in the early 18th Century, the text illustrates the concept of 'Bushido'.

'Bushido' translates literally as 'the way of the warrior', and is the Japanese word used to describe the ancient code of the Samurai. It is a complex and chivalric code of behavior that prizes loyalty and honor above all, but also champions the qualities of dedication, frugality, and mastery of martial arts.

Fundamental to 'the Way of the Warrior', is the concept of a 'good death'.   Tsunetomo urges his Samurai readers to assume themselves already dead, to completely remove the fear of death, giving them the freedom to act rapidly and decisively, regardless of whether the actions might result in their own demise.

The three books in this volume have been beautifully arranged with color images and an interactive table of contents for ease of navigation.