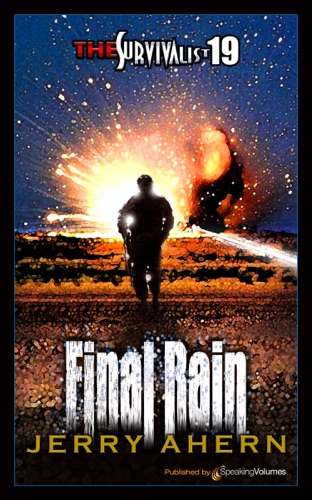 IF CIVILIZATION WERE DESTROYED TODAY—WOULD JOHN THOMAS ROURKE BE ABLE TO SURVIVE…?

Joining forces with his international allies—including the army of the underwater citadel Mid-Wake—Rourke races to the defense of the beleaguered settlement. The entire world is dividing to do battle a fourth time. But this time the Earth's atmospheric envelope is so fragile that a single nuclear bomb blast will assure the total annihilation of mankind. And unless John Thomas Rourke can stem the raging Communist death-tide before the ultimate button is pushed, no power on the planet will be able to forestall humanity's extinction—not even... THE SURVIVALIST.