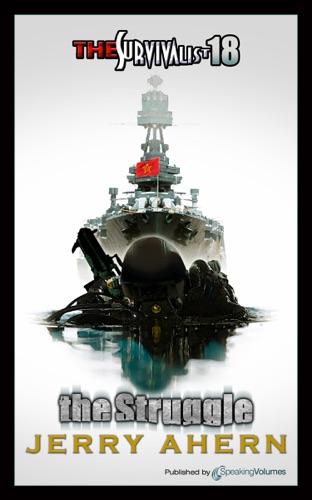 IF CIVILIZATION WERE DESTROYED TODAY—WOULD JOHN THOMAS ROURKE BE ABLE TO SURVIVE…?

In the post-apocalyptic world, consumed by World War III, right and wrong, virtue and vice have skewed their meanings. Old animosities remain; new and deadly alliances are formed. But one need remains constant—the need to survive.

John Thomas Rourke—ex-CIA Covert Operations officer and weapons specialist—has become an expert at the arts of survival in a peril-strewn world. But now, in a desperate attempt to render impotent his arch-enemy, Colonel Antonovich, leader of the tyrannical Soviet forces aligned against the Free world, Rourke has no choice but to lay his life on the line against insuperable odds.

Antonovich is plotting an alliance with Russians at their underseas base—an alliance which would doom the cause of freedom. Reaching Mid-Wake, focal point of the world's free forces, Rourke learns of the plot and plans his bloody counter-attack, it's a desperate measure, with the survival of the Free world hanging on the outcome. But Rourke is... THE SURVIVALIST.