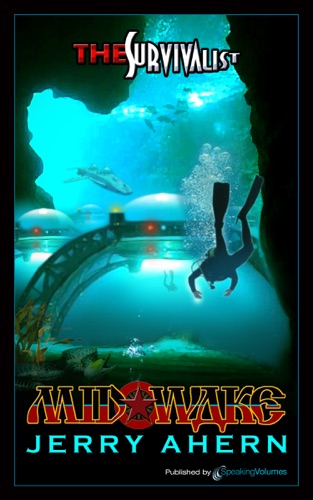 Faced with a new enemy empire, can one man survive?

John Rourke, CIA-trained weapons and survival expert, was fighting for his life—underwater!

There had been other survivors of the nuclear nightmare that had devastated the world generations before. Far beneath the ocean's surface, a hidden war was raging between Russians operating from their huge, multi-domed sea-bed city and the Americans of Mid-Wake: their secret sub-Pacific military complex.

But now the Russians, realizing that earth's surface was habitable, had begun to emerge. Only John Rourke, escaping from his captors, armed with a pair of the enemy's Sty-20 dart-firing sedative guns, could warn his allies that an evil underwater empire was about to rise up out of the waters...