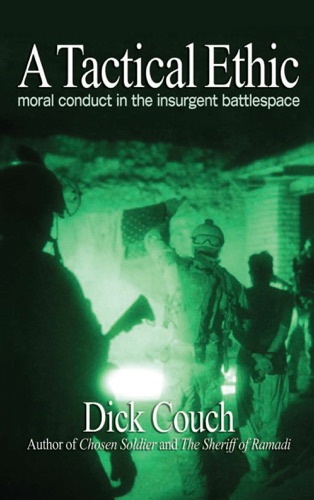 Following the success of his recent book on Navy SEALs in Iraq, The Sheriff of Ramadi, bestselling author and combat veteran Dick Couch now examines the importance of battlefield ethics in effectively combating terrorists without losing the battle for the hearts of the local population. A former SEAL who led one of the only successful POW rescue operations in Vietnam, Couch warns that the mistakes made in Vietnam forty years ago are being repeated in Iraq and Afghanistan, and that the stakes are even higher now. His book takes a critical look at the battlefield conduct of U.S. ground-combat units fighting insurgents in Iraq and Afghanistan. Since the prize of the fight on the modern battlefield is the people, he warns every death has a consequence. Every killing has both strategic and moral significance for U.S. warriors. From his unique and qualified perspective, Couch examines the sources and issues that can lead to wrong conduct on the battlefield, and explains how it comes about and what can be done to correct it. He considers the roles of command intent and the official rules of engagement, but his primary focus is on ethical conduct at the squad and platoon level. Tactical ethics, according to the author s definition, is the moral and ethical armor that should accompany every American warrior into battle, and these standards apply to the engaged unit as well as to the individual. A harsh critic of immoral combat tactics, Couch offers realistic measures to correct these potentially devastating errors. He argues that as a nation, we must do all we can to protect our soldiers humanity, for their sake, so they can return from service with honor, and for our sake as a people and for our standing in the world.