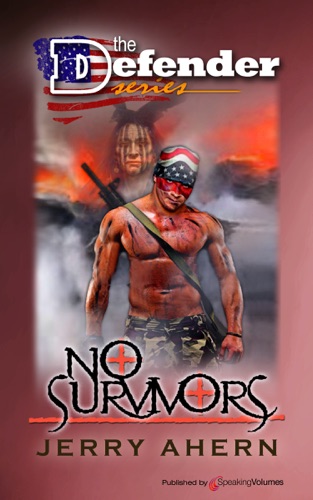 IN ON THE FINISH—HE'LL WRITE HISTORY WITH HIS HONOR... AND WITH HIS GUN.

America is dying. Terrorists now control the military and the President. But a flame of hope still flickers when the Patriots find a new ally—a band of Native Americans, defiant descendants of Sioux, Apache, and Comanche warriors. Combat-ready and grimly determined, David Holden prepares a final surprise attack on the drug kingpins and FLNA bosses who have snatched our freedom. And one blazing last fight for liberty... or for death... begins.

About the Series
THE DEFENDER A patriot in the truest sense, David Holden was a law-abiding citizen—until the laws proved powerless to protect the innocent, to stop an invader hell-bent on America's destruction. With an army of renegade cops and ex-vets, he's fighting back with all the cunning, expertise, and brute force at his command. Anytime, any place, Holden and his warriors are ready to defend their country from the enemy—the enemy outside and the enemy within.