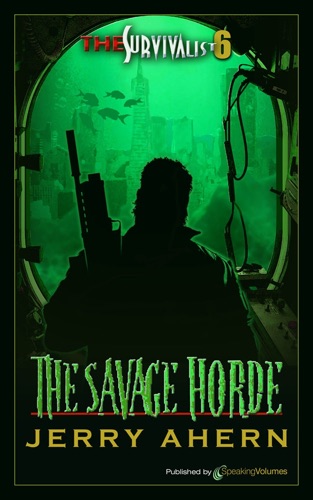 John Thomas Rourke, M.D., ex-CIA covert operations Officer, weapons expert, and survival authority on the move again—searching for a cache of eighty megaton warhead missiles secreted on the New West Coast. It begins with a firefight between Brigands and a unit of U.S. II armed forces, a battle that ends with Rourke, and a seriously wounded Natalia, taking refuge on a submarine.

The sight of the sunken remains of San Francisco is a grisly reminder of the Night of the War; the horde of half-dressed savages waiting on the shore, a deadly example of the madness of this brutal post-holocaust world.

Surrounded now by murderous madmen and threatened by a mysterious officer who has been travelling with him, Rourke must call on all his training to escape and continue the search for his family. He must go on—he is THE SURVIVALIST.