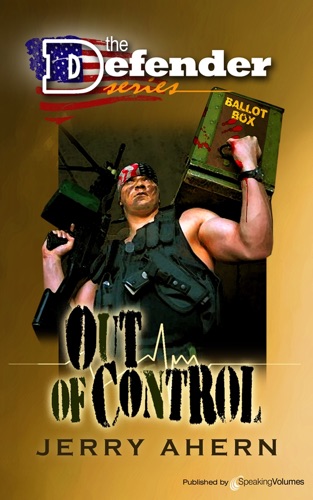 AGAINST THE FANATICAL ENEMIES OF LIBERTY THEY WERE AMERICAS FIGHTING TICKET.

As the race for Metro mayor heats up, the city explodes in a new wave of brutal violence. The radical FLNA has a simple strategy to insure their candidate's victory: bombings, kidnappings, and cold-blooded murder. One way or another, the terrorists are heavily favored to make a killing. Only David Holden and his Patriots refuse to run scared. Outlawed and outcast, the Defender joins forces with a top-secret team of FBI special agents on a blood-soaked campaign to beat the enemy at his own savage game... to cast their vote for freedom with ballots—and bullets.

THE DEFENDER
A patriot in the truest sense, David Holden was a law-abiding citizen—until the laws proved powerless to protect the innocent, to stop an invader hell-bent on America's destruction. With an army of renegade cops and ex-vets, he's fighting back with all the cunning, expertise, and brute force at his command. Anytime, any place, Holden and his warriors are ready to defend their country from the enemy—the enemy outside and the enemy within.