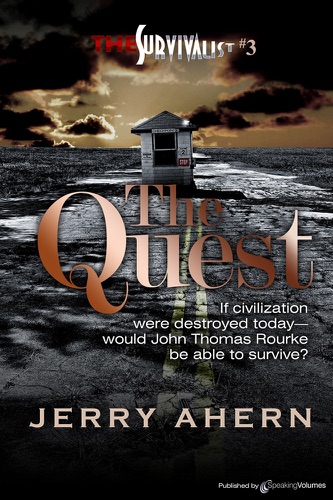 World War III has passed and John Thomas Rourke, ex-CIA Cover Operations Officer, weapons expert, and survival authority has at last reached his home only to find that his wife and two children have fled for their lives. With the knowledge that his family has survived the nuclear holocaust, Rourke, witht the aid of young Paul Rubenstein, must find his loved ones. But the Soviets are consolidating their military hold on the country and both the ruthless KGB and the fledgling post-war U.Sl government have begun their own search. First they must learn the purpose behind the massive launch of secret U.S. rockets on the night the war began. Then they have to determine the meaning of the mysterious Eden Project and find the one surviving NASA official who can answer all the questions. A deadly game of intrigue within the Soviet High Command, the formation of the American "resistance" and a highly placed traitor in the new U.S. government all block Rourke's path. But nothing can stop him—he is THE SURVIVALIST.