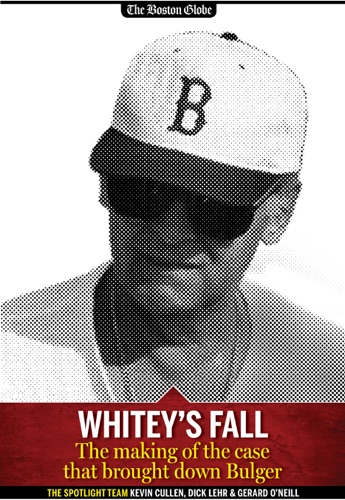 His story exposed the very essence of power and corruption, institutional and personal. He had law enforcement agencies, not to mention law enforcement agents, at each other’s throats. He got the FBI to eliminate his competition, and look the other way as he expanded his criminal empire and eliminated rivals. At the same time, his brother William was the president of the Massachusetts senate, one of the three most powerful politicians in the state.

In 1995, The Boston Globe’s investigative unit, The Spotlight Team, published a lengthy report about how good cops built a case against Whitey and how bad cops, in the case of FBI agents, let him get away. “Whitey’s Fall” tells the story of a determined group of law enforcement agents led by a State Police commander named Tom Foley, who built a racketeering case against Bulger, only to see the FBI tip off the gangster so he could flee before those indictments could be acted on. Bulger’s partner in crime, Stevie Flemmi, was arrested, but Bulger was allowed to sail off into the sunset.

“Whitey’s Fall” serves as the second act of a fascinating drama that culminated in Whitey Bulger’s capture in June 2011. It bridges the gap between “The Bulger Mystique” and “Whitey and the FBI,” telling an epic story whose end has yet to be written.