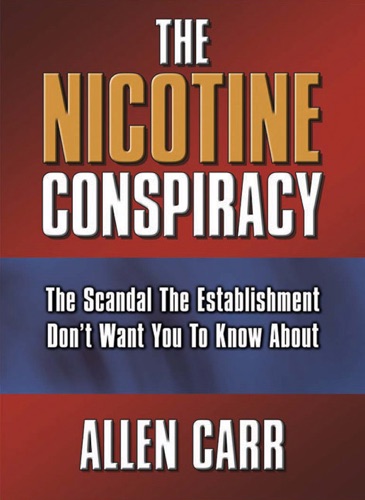 In 2008 Allen Carr's Easyway to Stop Smoking celebrated its 25th anniversary in the knowledge that it has become the global leader in the field of drug-free smoking cessation. There are currently over 100 clinics in 38 countries and a publishing programme with sales of over 13 million books in 50 countries. The organisation continues to grow rapidly and the method is conservatively estimated to have cured more than 10 million smokers worldwide.

Despite the phenomenal success and popularity of the method, Allen Carr's Easyway remains ignored by the Government and unavailable on the NHS which prefers to supply nicotine to addicts at taxpayers' expense via gums, patches etc and so perpetuates the addiction. In fact, the pharmaceutical industry, aided and abetted by the government and other public institutions and funded by the taxpayer, is now competing with the tobacco industry to supply the nicotine-addicted market.

In this book, Allen Carr exposes this scandal and reveals the influence that the mind-bogglingly rich and powerful pharmaceutical industry exerts over Government policy, the medical establishment and public health charities.

The Nicotine Conspiracy is the book the the Government, the Department of Health, ASH, QUIT, the NHS and the National Institute for Clinical Health and Excellence DO NOT WANT YOU TO READ.