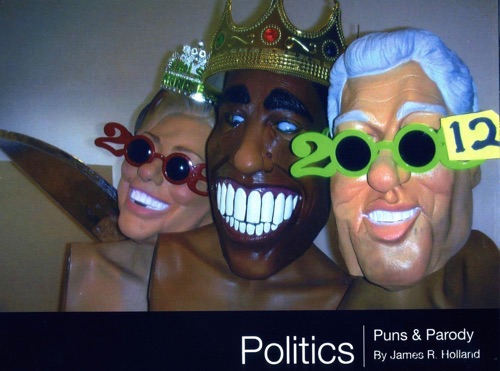 Politics: Puns & Parody is a series of political cartoons and predictions done with a camera instead of the more traditional tools of pen and ink or brush and paint.
All humans sometimes do and say dumb things. Since politicians tend to talk more than most people, all of them say and do countless numbers of rather thoughtless things. For better or worse, the silly things they say often end up being recorded, video taped and repeated by the public itself.
It's getting increasingly difficult for politicians to say one thing at one event and something entirely different at another event. It's important for them to know that foolish talk or absurd promises will be recorded for history to judge the truth of the political promises verses the politician's actions.
This series of political cartoons was originally used as political commentary on the Internet. These images are only a few of the many already released. They aren't necessarily the best, but they are typical of cartoons of both major American Political Parties.