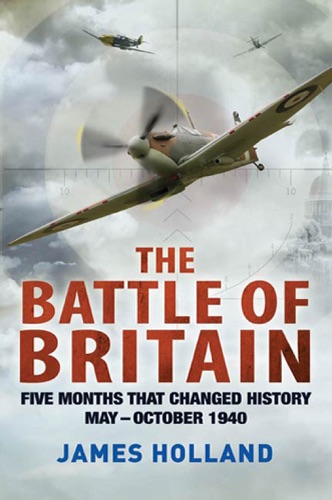 The Battle of Britain paints a stirring picture of an extraordinary summer when the fate of the world hung by a thread. Historian James Holland has now written the definitive account of those months based on extensive new research from around the world including thousands of new interviews with people on both sides of the battle. If Britain's defenses collapsed, Hitler would have dominated all of Europe. With France facing defeat and British forces pressed back to the Channel, there were few who believed Britain could survive; but, thanks to a sophisticated defensive system and the combined efforts of the Royal Air Force, the Royal Navy and the defiance of a new Prime Minister, Britain refused to give in. From clashes between coastal convoys and Schnellboote in the Channel to astonishing last stands in Flanders, slaughter by U-boats in an icy Atlantic and dramatic aerial battles over England, The Battle of Britain tells this epic World War II story in a fresh and compelling voice.