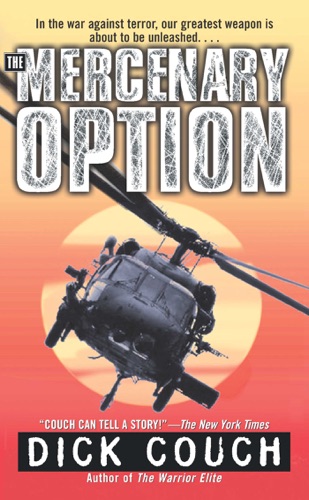 After losing his son in the September 11 attacks, wealthy industrialist Joseph Simpson forms the Intervention Force (IFOR) -- a surgical strike team led by former Navy SEAL Garrett Walker. Officially, the group is a rogue operation with no government affiliation. But when the impossible becomes absolutely necessary, IFOR is...
THE MERCENARY OPTION
Shortly after the terror attacks on America, the American president announces the construction of an oil pipeline across Afghanistan. To stop this, and deter further Western encroachment in Central Asia, a vindictive Saudi prince retains ex-KGB terror broker Pavel Zelinkow -- a prime mover behind al Qaeda's 9/11 attack. Zelinkow plans to steal two nuclear weapons, detonating one of them among the pipeline construction crews and their military guardians, while the target of the second bomb is a mystery. U.S. special operations forces cannot be used against the terrorists hiding in Iran, so IFOR is called into action for the first time on a mission that will test them to their limits: take out the terrorists, recover the nukes, and get Zelinkow -- dead or alive.