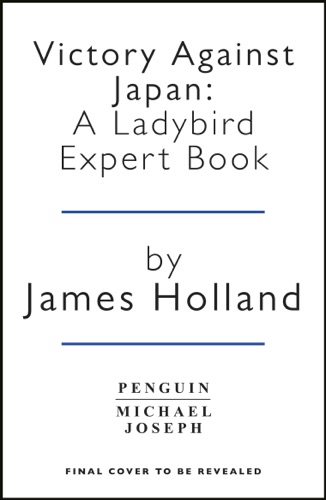 Why did Japan decide to attack at Pearl Harbour?
What was the Japanese vision of a Greater Asian Co-Prosperity Sphere?
How did the American strategy turn the tide against Japanese offensives?

Uncover the complexities of the brutal war against Japan.

From the surprise attack on Pearl Harbour, Oahu, to the Phillipines Campaign, the Allies were finally able to turn the tide against the onslaught of Japanese forces.

Ending in Japanese surrender after the devastating atomic bombings of Nagasaki and Hiroshima, the war in Japan was eventually won, but at the cost of civilian lives.

THE WAR THAT LED TO TWO ATOMIC BOMBINGS

Written by historian, author and broadcaster James Holland, Victory Against Japan is an essential introduction to the tactics that finally brought an end to the Second World War.

Discover more titles in the Ladybird Expert series:
D-Day
The Desert War
Genetics
The Battle of the Nile