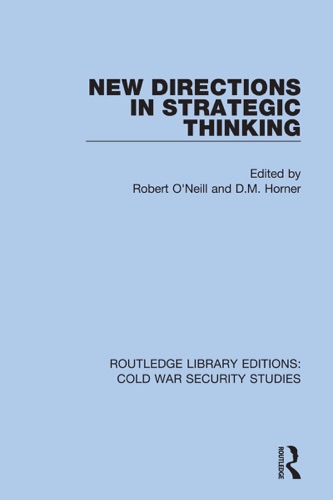 This book, first published in 1981, examines the broader aspects of international strategic relations, and analyses Cold War developments within particular nations, fields of warfare and areas of political-military interaction. The role of force in international society changed as the nuclear deadlock between the superpowers continued, with military forces being deployed for political purposes in situations only just short of war. The balance between NATO and Warsaw Pact forces also changed as American technology increased and short-range nuclear missiles were deployed in Europe. This book also examines the development of strategic thinking in China, Japan and India, as well as insurgency in the Third World, so often the site for proxy superpower conflict.