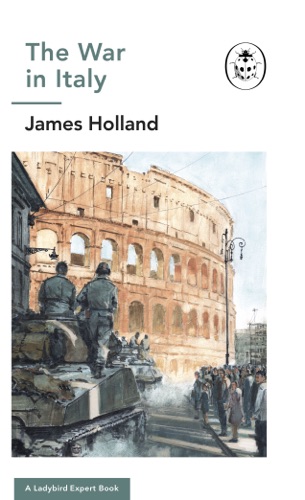 - Why did the Allies decide to invade Southern Italy?
- How did the weather and Italian terrain complicate the fighting?
- How did General Mark Clark's Allied Armies win the final battle?

Discover the mounting conflict and complex campaigns of the war in Italy. From Operation HUSKY to Clark's final offensive, the Allied campaign tightened the noose around Nazi Germany and saw the end of Italian Fascism, though it was at a cost of high civilian casualty and destruction.

AN EPIC OF GRIT, DETERMINATION AND SACRIFICE

Written by historian, author and broadcaster James Holland and with immersive illustrations by Keith Burns, THE WAR IN ITALY 1943-1945 is an accessible and enthralling introduction to these critical battles and their impact on the outcome of World War II