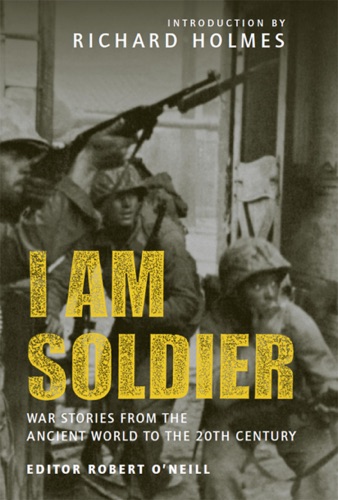 I am Soldier brings together the profiles of sixty soldiers who have fought over the past 2,500. These vivid accounts graphically depict the role of the soldier in battle often using the soldiers' own words to reveal what they felt during the chaos of war and its aftermath. From the Spartans at Thermopylae to the war in the Persian Gulf, this book shows the lives of the individual men and woman who made up the great armies that changed the world.