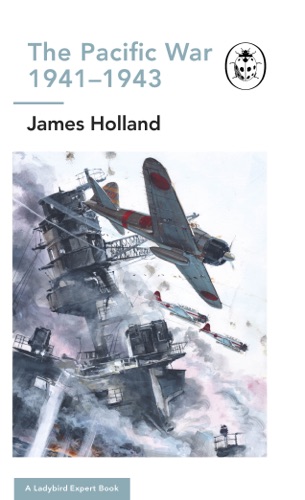 - Why did Japan attack Pearl Harbour?
- How did the Americans underestimate the Japanese?
- What were 'banzai charges,' and how did the discipline of the Japanese lead to their downfall?

FOLLOW the lethal turns of World War II through the theatre of the Pacific War. From the devastating attack on Pearl Harbour to the decisive triumph of the Allies at Guadalcanal, the entry of Japan and America to the fighting changed the course of World War II completely.

Written by historian, author and broadcaster James Holland, THE PACIFIC WAR 1941-1943 is an essential, accessible introduction to the battles that defined Pacific conflict in World War II.