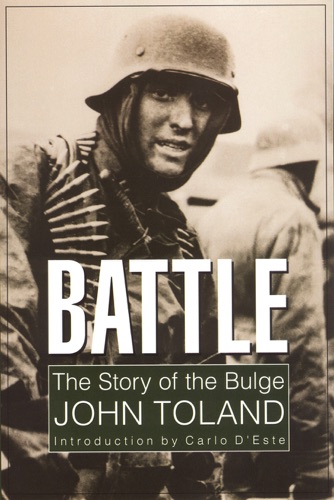 "The perspective of 15 years, painstaking research, thousands of interviews, extensive analysis and evaluation, and the creative talent of John Toland [paint] the epic struggle on an immense canvas. . . . Toland writes with the authority of a man who was there. . . . He tastes the bitterness of defeat of those who surrendered and writes as if he had the benefit of the eyes and ears of soldiers and generals on the other side of the line. . . . If you could read only one book to understand generals and GIs and what their different wars were like this is the book."—Chicago Sunday Tribune  "The author has devoted years to studying memoirs, interviewing veterans and consulting military documents, both German and American. He also has revisited the old battlefields in Belgium and Luxembourg. . . . Toland has told the whole story with dramatic realism. . . . It is a story of panic, terror and of high-hearted courage."—New York Times Book Review  "For the first time in the growing literature of World War II, the inspiring story of the stubborn, lonely, dogged battle of the Americans locked in this tragic salient is told. . . . gripping . . . You cannot put it down once you start it."—San Francisco Chronicle